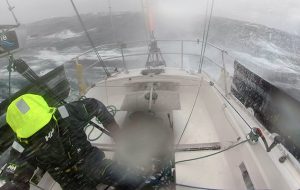 Golden Globe Race skippers share their experiences of ocean storms, providing lessons for all of us about how to cope with heavy weather

Mark Slats was one of six Golden Globe Race skippers to compete in a Rustler 36.

He had previously circumnavigated the world and came second in the race with a time of 216 days, 0 hours and 18 minutes.

Mark Slats prepared for the race in five months, having focused a great deal of his time on winning the singlehanded class in the 2017 Talisker Atlantic Rowing Challenge.

His lack of preparation meant Van Den Heede had the edge. It also meant Slats had only one pair of socks and no gloves, a fact he cursed when hauling in warps barehanded.

Caught in the same storm system which dismasted Gregor McGuckin and Abhilash Tomy, Slats, who was east of them, had already experienced multiple knockdowns aboard his Rustler 36 Masthead sloop, Ohpen Maverick while trailing warps. 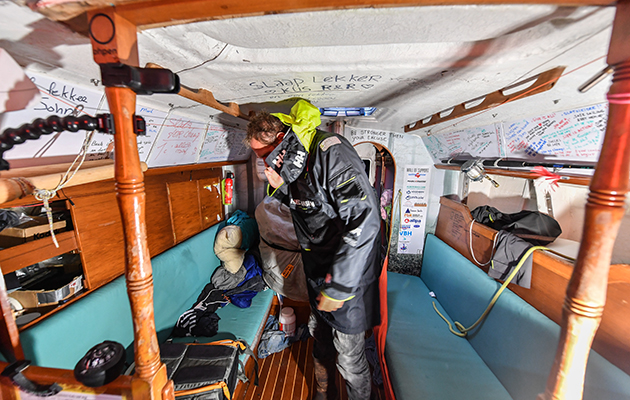 The Rustler 36’s cabin windows were removed and the openings glassed in to avoid the problems of leaks or worse. Credit: Christophe Favreau/PPL/GGR

The Dutchman decided that sailing at ‘maximum power’, in the same direction as the waves was the best storm tactic.

He had prepared warps on a bight with three reefs in the main, his stay sail and storm jib when the front passed and the wind backed dramatically. 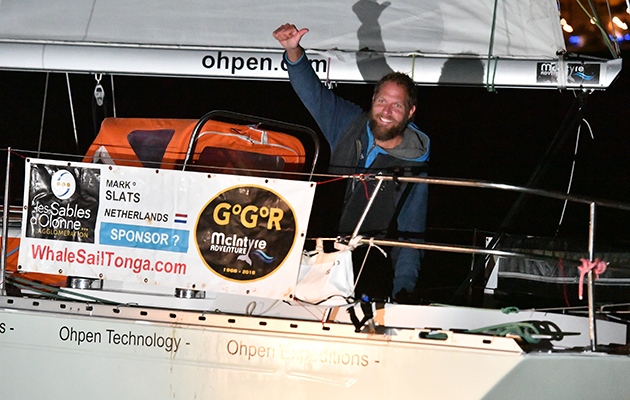 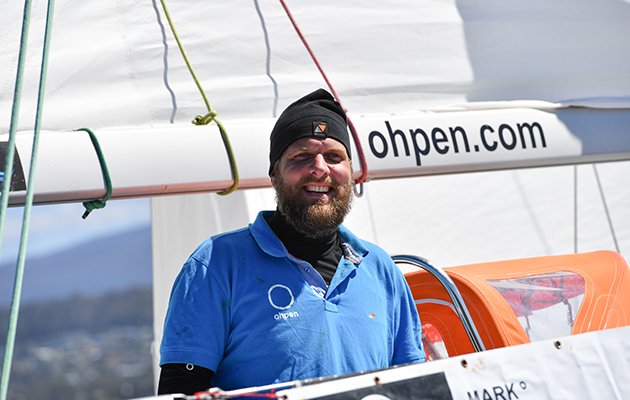 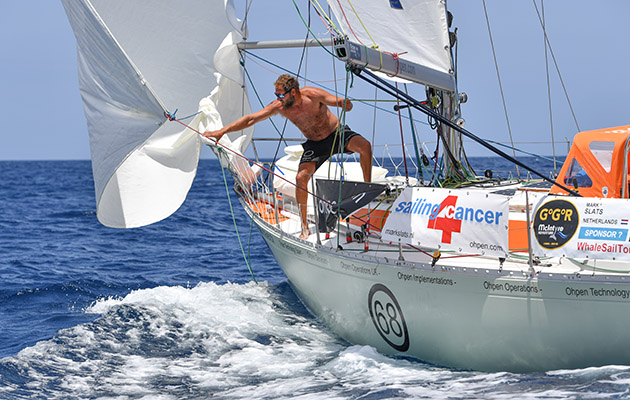 Dutch Golden Globe Race skipper, Mark Slats believes he has cracked a rib during two knock-downs as he heads towards…

‘I threw the lines out quickly so the boat stayed with the stern to the waves and then spent one hour hand pumping [to remove the water]. I then went out to hand steer because the windvane was not working [the cable between the windvane and tiller had broken], but within five minutes the boat was knocked down again and I was thrown overboard and then thrown into the boat again,’ recalled Slats, who was clipped on.

Amazingly he replaced the broken cable, hanging over the back of the boat in 70-knot winds. 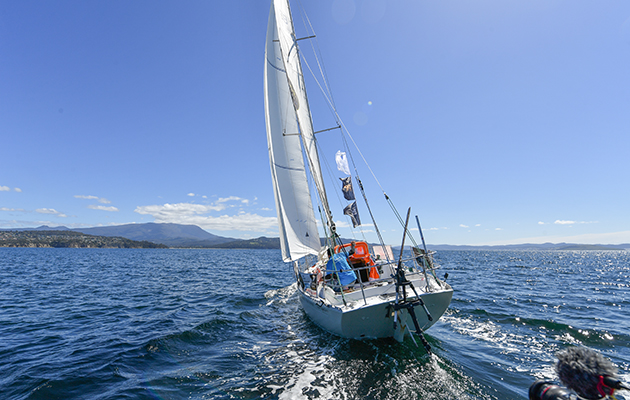 Once the Aries windvane was working again, he pulled the lines back in, and Ohpen Maverick ‘began to sail a lot better’.

Jean-Luc Van Den Heede had set up a HAM weather network before leaving, which many of the skippers used.

After the storm, Slats’ mother began providing recorded weather advice, played to him over HAM radio, which was shared with the rest of the fleet.

Earlier in the race, many skippers picked up the Global Maritime Distress and Safety System (GMDSS) weather on their radios, although Slats said the storm which hit him, McGuckin and Tomy wasn’t forecast; the areas covered are also large, making detailed weather forecasting difficult. 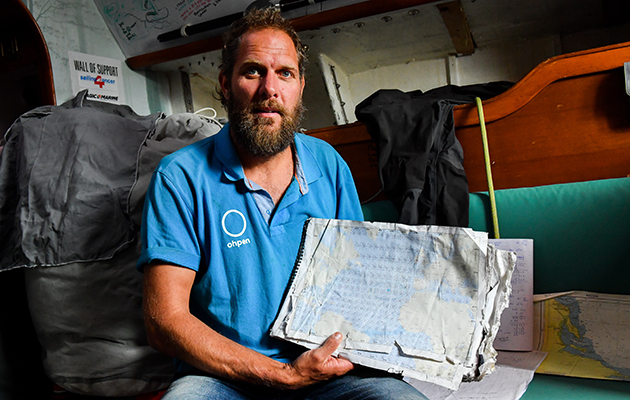 Mark Slats managed to salvage his log book and charts when the yacht was knocked down in the Southern Ocean and took on a huge amount of water which came up the the height of his chart table. Credit: Christophe Favreau/PPL/GGR

Many skippers said they were struggling to pick up the frequencies for GMDSS on entering the Southern Ocean as the broadcasting network has shrunk as more mariners rely on satellite communication.