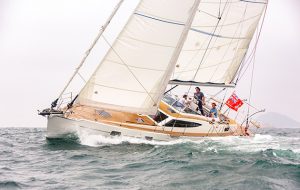 Conceived as a true blue-water voyager, the Kraken 50 incorporates a host of features that set her apart from other cruising yachts. David Harding reports

One glance at the Kraken 50 tells you she’s unlike most modern production cruisers: you see no plumb stem, broad stern or twin rudders. There’s not even a bolt-on fin keel.

To those accustomed to modern design, she will raise a lot of questions.

The answers might well change the way you look, not only at her, but also at many other boats.

We need to get one thing straight before going any further: the Kraken is intended for cruising beyond what we might loosely call the ‘civilised world’.

Owners are expected to have their sights set on far-flung parts, away from marinas, lift-out facilities and repair yards and where coral heads lie in wait. 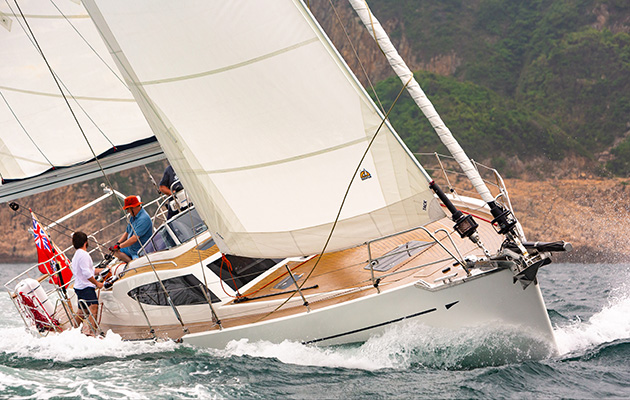 With 18 tonnes of displacement, the Kraken 50 powers through choppy conditions. Credit: David Harding

When you’re doing this sort of cruising, you  have to look at things from a different perspective.

Features such as the Kraken’s raked stem, moderately proportioned stern, integral keel and single rudder on its full-length skeg are fundamental to the design.

They’re among the many that Kraken’s founder and chairman, Dick Beaumont, considers essential in a blue-water yacht. 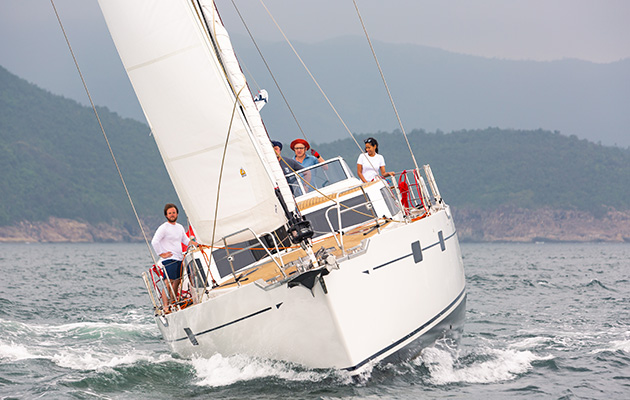 The jib set on the inner forestay is the headsail for windward work. Credit: David Harding

Whether or not you go along with all his reasoning and whether or not you’re contemplating serious long-distance sailing, the Kraken approach provides much food for thought.

After all, who doesn’t want ruggedness, reliability and sea-keeping qualities? The question is what you may have to sacrifice to achieve them on this scale.

If you like the concept of the Kraken, you will probably approve of the design and attention to detail, both external and internal.

If you don’t subscribe to the idea of the integral keel, raked stem, full-length skeg and Solent rig, everything else becomes irrelevant.

The Kraken way of doing things involves compromises, as does any other.

What the Kraken 50 does, however, is to give traditional, tried-and-tested features a modern twist. 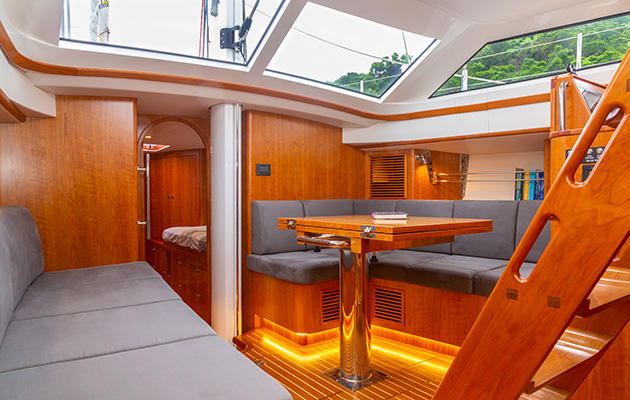 With the help of 21st-century design, technology and styling the boat is faster, sleeker, more fun to sail, more manoeuvrable and easier to manage than older boats that would-be Kraken buyers might otherwise be drawn to.

She also poses a serious challenge to modern yachts aimed at those planning blue-water voyages, not least because she’s very competitively priced.

The addition of a few interior styling details, as might now happen with the move to Turkey, will make her even harder to ignore.

WOULD SHE SUIT YOU AND YOUR CREW?

A boat of this size can be managed by a crew of two given the extras, such as electric winches and a bow-thruster, that most owners are likely to choose. Otherwise the Kraken 50 comes with much of what you need.

Our test boat had add-ons to the tune of around £100,000, which is modest in relation to her total value. Something many owners will inevitably choose is in-mast reefing. 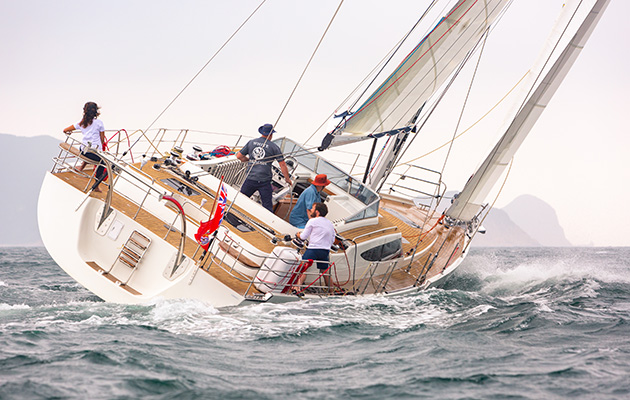 The cockpit’s modest width and central table enhances security, though space to move from side to side can be tight. Credit: David Harding

A centre cockpit pushes the boom higher than it would be with an aft cockpit, so the gooseneck is around 6ft above deck level and the head of the stowed mainsail closer to 10ft (3m), though a Harken Switch T-Track system will lower the stack a little.

Even if you’re not planning blue-water voyages, the Kraken has much in her favour for coastal sailing where rocks abound and seas can be rough.

Whatever your sailing plans, she might well be a serious contender if you’re after a semi-custom boat of this size that’s rugged, functional and practical as well as pleasingly plush.