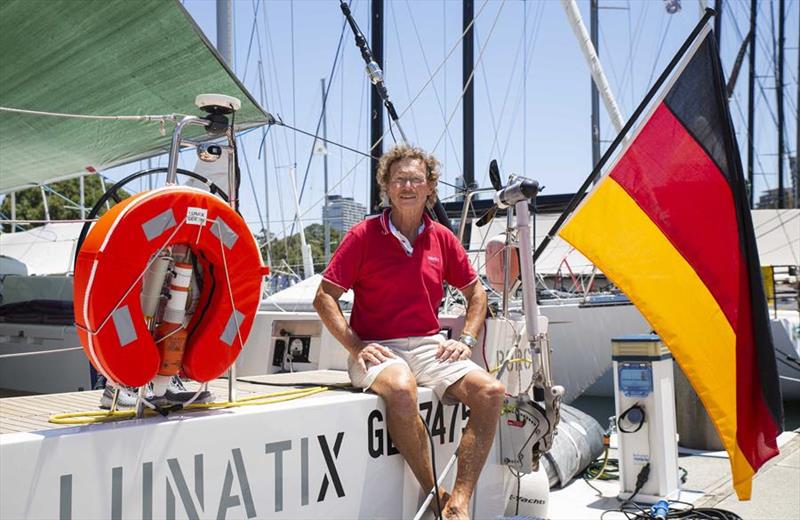 Hamburg is home for Boehnert, his wife Heinke, a well-known artist – and their children Arno (27) and Inga (26) both of whom will do the 628-nautical-mile race to Hobart with their father three Sydney Hobart novices.

However, Boehnert is on a circumnavigation with only a couple of crew; his wife and children meeting him in Australia.

The latest Lunatix was launched in July 2017, and after final preparations, owner and boat left Hamburg in August, taking in the Royal Ocean Racing Club’s 2700-nautical-mile ARC Rally from Gran Canaria across the Atlantic to Saint Lucia. But while making her way from Vanuatu to Mackay in Queensland as part of the race, disaster struck, as Lunatix’s rudder broke in rough weather, necessitating rescue 1600nm off Mackay this past July.

Rudder back in place, Boehnert sailed Lunatix down the Queensland coast to Southport, then on to Lord Howe Island and finally to Sydney. His 18,000 miles represent over 28 Sydney Hobarts in length and felt ready for the Hobart.

“But I was wrong Australia has more requirements than anywhere else for a Category 1 race. I’ve done three weeks’ worth already,” the Hamburg yachtsman said.

“We are now about ready just waiting on some new North Sails,” he said relaxing aboard Lunatix at the CYCA.

Why is it so important to do the race? “It is the most famous yacht race in the world. Every serious German sailor knows about it and wants to do it,” he responds.

I know other Germans have done the race, but I can’t think of one who has sailed their boat here I think we are the first.”

Comparing the 2700 mile ARC Rally to the Sydney Hobart, Boehnert said, “This is shorter, but tougher. We won’t be up with the grand prix boats like the TP52s; we will be battling the other performance cruiser-racers.”

He is confident in Arno and Inga’s abilities too. “Arno did the Rolex Fastnet, Middle Sea and Giraglia races with me, and also the Atlantic. He has been in my crew since he was 14. Inga has mostly sailed separately to us she races in Europe a lot.”

Boehnert ends, “This race is the climax of my racing career the aim is to start and to finish and at the end to say ‘yes, we did it’.”

After enjoying all that Hobart offers, the German will continue his circumnavigation, heading back to Europe via South Africa. From there he will race in the Mediterranean and head home to Germany.

The Boxing Day start of the Rolex Sydney Hobart Yacht Race will be broadcast live on the Seven Network via 7Mate throughout Australia.

For the full list of entries and all information visit rolexsydneyhobart.com 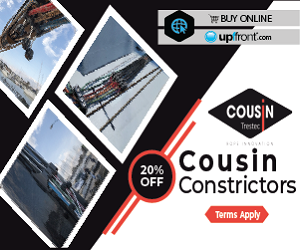 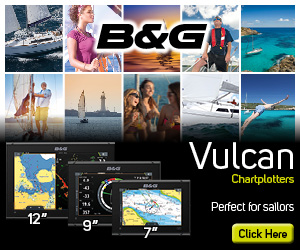