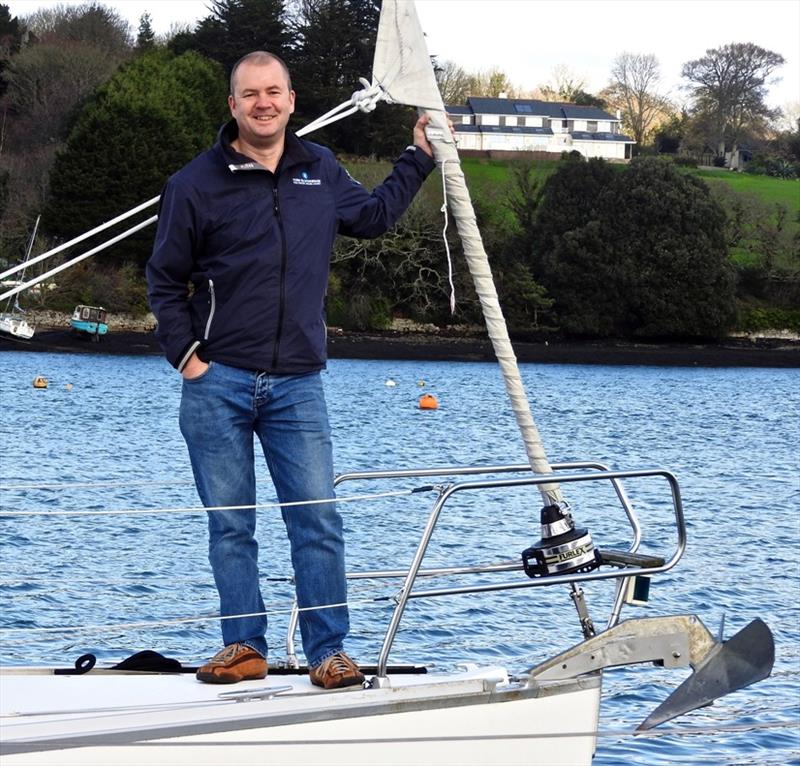 A retired soldier has become an ambassador with a Cornish sailing charity for injured service personnel. Chris Wood was nominated for the volunteer role at Turn to Starboard after tirelessly helping to raise awareness of the charity’s work.

The former Army reservist reached out to the charity in 2016 after suffering with his physical and mental health during a tour of Afghanistan. He enrolled onto their Zero to Hero training programme and has been a champion of the organisation’s work ever since.

Chris, of Penzance in Cornwall, will act as an advocate to raise awareness amongst the military community and public of the service it provides to Armed Forces personnel affected by military service.

Speaking of his new appointment, Chris said: “I feel honoured to have been nominated as a charity ambassador with Turn To Starboard, who have helped me and many other veterans deal with the demons many of us live with by providing a sense of belonging, peace, purpose and positive goals in a wonderful environment; the sea.

“Turn to Starboard offers service personnel and their families who have been affected by operations, the support, time, friendship and space they need to re-engage with themselves as people, their loved ones and, to find the strength and confidence to reintegrate with society and find fulfilling employment. In my time with the charity, I have seen men and women begin to transform in a matter of days and even hours after stepping aboard and getting out on the water. For many, it’s a longer process but, once that the process has started is wonderful and a real honour to represent a charity that really helps those who bear the hidden and visible wounds of serving their country.”

Chris, 52, joined the Territorial Army in the Light Infantry and served until 2001. He rejoined the military again in 2009 in order to serve in Afghanistan as a Rifleman. During his service, Chris also ran his own estate agency firm in West Cornwall and spent 30 years in the industry.

Launched in 2014, Turn to Starboard offers injured veterans from all over the UK the chance to complete Royal Yachting Association (RYA) sailing courses, family sailing trips, tall ship sailing and competitive racing. The Falmouth-based charity provided more than 2,500 sailing opportunities to injured military personnel with many going on to find new careers in the marine industry.

Turn to Starboard CEO and founder, Shaun Pascoe, said: “Chris Wood has been a fantastic supporter of Turn to Starboard and we are delighted to appoint him as a charity ambassador. Despite his own difficulties, Chris has worked tirelessly to promote awareness of the charity to the public and military network and we are grateful for his incredible support.”

For more information, or to make a donation, visit turntostarboard.co.uk.