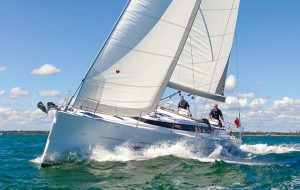 If any builder is determined to keep ahead of the trends in a rapidly  changing market, it’s Bavaria. When the brand switched to Farr designs. Performance went up in leaps and bounds and the styling received some attention too.

Bavaria has now moved on from Farr’s Cruiser range by introducing the C models, designed by Cossutti Yacht Design. First came the C57 in 2017, and then the C45 and C50 last year. 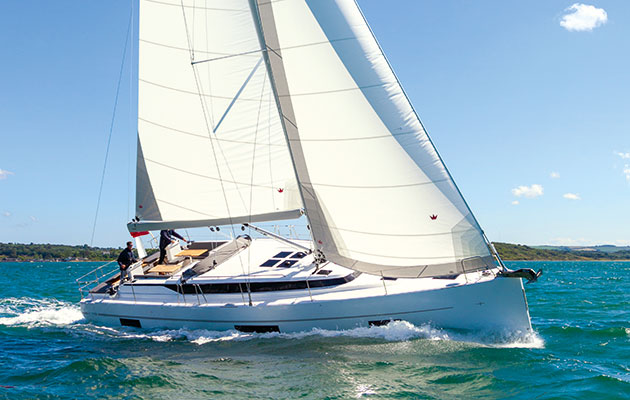 It would be hard to think of a name with a  higher profile or a more impressive pedigree in performance yacht design than Farr. At the same time, Bavaria seems to like to shake things up now and again and it’s not as though Cossutti is an unknown quantity. Good sailing performance remains near the top of the priority list with the C models, but many other factors are behind their introduction. Bavaria wanted to increase comfort, to provide more of the mod cons demanded by today’s buyers, to offer more choices with a whole range of mix-and-match interior layout options and, importantly, to build what it calls ‘smart connectivity’ into the boats in the form of a fully integrated electronics system. B&G’s Naviop lets you call up any navigation data from any screen on board. The screens also function as switch panels so, for example, you can check tank levels or turn navigation lights on or off from the helm. Monitoring data from your phone is possible now and the next stage will be the ability to control the systems from your phone or tablet. If you’re heading to your boat for the weekend and want the beers cold in the fridge and the cabin nicely warm when you get there, just log in and it’s done in a couple of taps.

Although you might imagine that this sort of electronic connectivity is a bolt-on that could be added to any boat, in practice it needs to be incorporated into the design from the outset. And that’s one reason why the Cruisers are still running alongside the C range, at least for the time being, as more basic and lower-cost alternatives. The Cruiser 51, which started life as the Cruiser 50, was introduced in 2010 and costs around £40,000  less than the C50.

Plenty of other new features are to be found in the C range too. Galleys are no longer linear but have moved aft. And whereas the Cruisers used the full length of the hull for accommodation, the new models have dinghy garages in the stern. Externally, twin rudders have given way to single blades because owners wanted the manoeuvrability under power that comes with prop-wash. They wanted self-tacking jibs too – now they’ve got them. 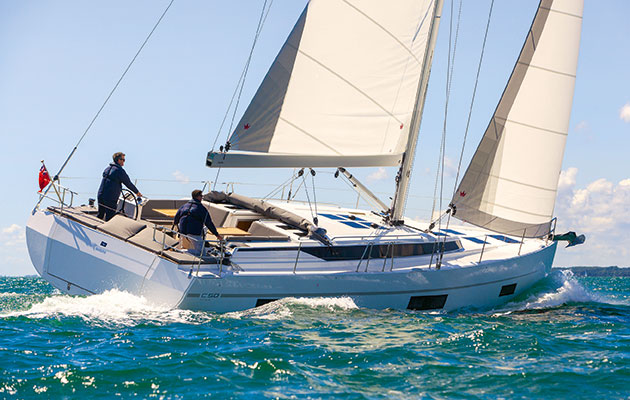 For a 50-footer, the C50 is far from expensive. Bavaria is promoting the performance, the comfort, the range of options, the integrated technology, the innovation, the style, the light and airy interior and the vacuum-infused laminates among other features.

You can see why. In many ways this is quite an impressive boat. It’s a calculated, engineered product; one that has resulted from a lot of analysis and number-crunching and that has been created to appeal to the widest possible audience.

With the C50, Bavaria has, perhaps, come of age. It has produced a boat that will undoubtedly be seen in some respects as setting the standards for mainstream cruising yachts in this size range. 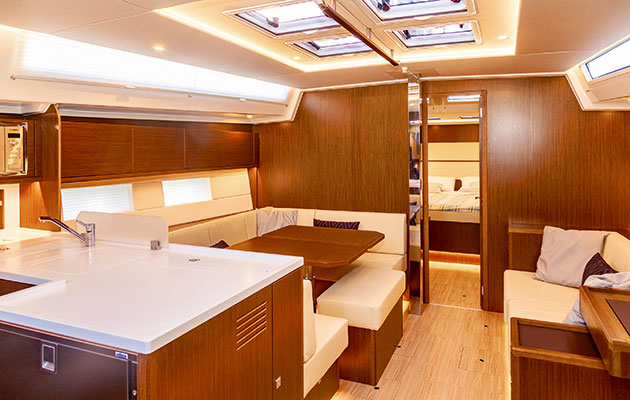 WOULD SHE SUIT YOU AND YOUR CREW?

If you want a roomy 50-footer for coastal cruising with all the mod cons, the C50 will probably be on your list. Of course you could sail her across the Atlantic if you wanted to, but she wasn’t conceived as a blue-water cruiser: her design makes her better suited to island-hopping in the Med, and that’s the sort of thing she will do in some style.

This is a boat you might buy instead of a villa. At the same time she’s by no means slow or unresponsive to sail, so you might have some enjoyably swift sailing as you move your comfortable home on the water from one location to another. Whether or not she appeals to your soul, she will give the logical and analytical parts of your brain plenty to think about. 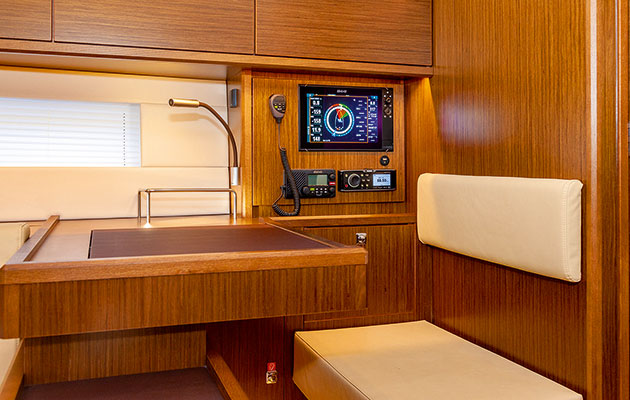 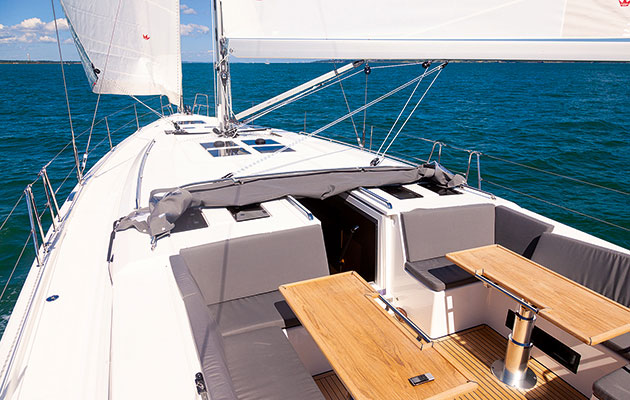